With Douglas Costa and Franck Ribery competing for a spot in the same position in the first team, and with the Frenchman having kept his Brazilian on the bench for much of this season, many would think that Costa would be almost pleased about his colleagues injury, as it will give him a chance to shine in front of manager Ancelotti and the rest of the Bayern. 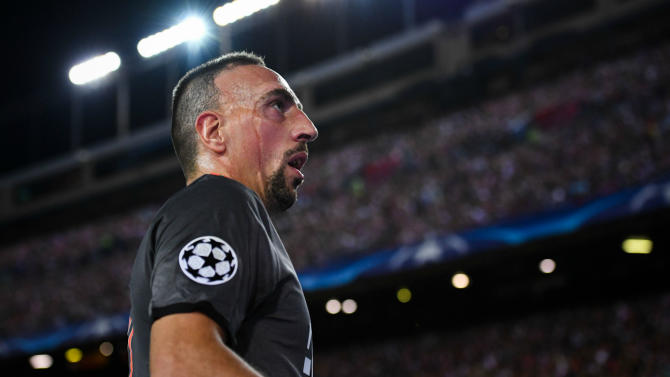 However, although Costa has recognised that he will get a greater opportunity to show off his talent in the next few weeks, the winger has said he would have preferred the Frenchman to have remained fit and ready, stating that he is fundamentally important to Bayern’s success:

“Sometimes he played and on other occasions I played.

“I will now get the chance to show what I can do for the next few weeks. But do not get me wrong, I would have preferred it had Franck not gotten injured.

“Ribery is hugely important for Bayern, but hopefully we can cope with his absence.

“It is obviously a blow, but he must now take his time to get fit again, so he can help us on the pitch once more.” Via uk.sports.yahoo.com

In his absence, we can hope that Costa can shine, as we all know equally he is of the highest quality and is more than enough of a threat in front of goal to carry Bayern in that regard should he need to at some point during matches.

Franck Ribéry's goal against Frankfurt has also been nominated for goal of the year pic.twitter.com/YcWlVyWnmR