on: February 10, 2014In: Hall of FameNo Comments
Print Email

Lucimar Ferreira da Silva, or simply just Lúcio, is a name that comes to most people’s minds when it comes to naming the top defensive players in recent years. The 35-year old became famous for his runs over the entire field in a attempt to help his teams. His aerial ability and the ability to start attacks from the back were especially noticeable during his five year stay with Bayern Munich.

Lúcio, who currently plays in his homeland of Brazil at Palmeiras São Paulo, was born on May 8th 1978. He began his career at Planaltina EC in 1995 before signing his professional contract with Internacional three years later.

After spending two years at Internacional, Lúcio moved to the Bundesliga in January of 2001 for a reported transfer fee of €8.5 million. During his spell at Leverkusen, Lúcio established himself as a world-class defender and attracted interest from several top European clubs. However, it was a bittersweet first season in Europe for the Brazilian.

Leverkusen blew a five-point lead after losing two of the final three matches of the season, lost in the final of the German Cup 4-2 to Schalke 04 and finally lost in the Champions League final against Real Madrid 2-1. Lúcio did score in the final but it wasn’t enough for Leverkusen who lost on all three fronts and finished the season without a trophy.

On the international level, Lúcio started off his Brazil career in 2000 as he played with the U-23 team at the Olympics in Sydney. He broke into  the senior squad just in time to be named to the World Cup 2002 squad. At the tournament in Japan and South Korea he played every minute for Brazil and was one of the key members of the World Cup winning team, earning praises from manager Luis Felipe Scolari. 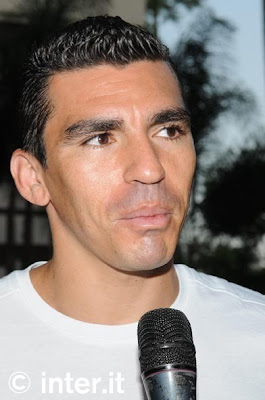 A big move for Lucio

In 2004, after two more seasons at Leverkusen, Lúcio moved to Bayern Munich for a fee of €12 million after which he agreet to sign a six-year contract. He joined a Bayern team which was already filled with top defensive talents such as Robert Kovač, Valérien Ismaël and Daniel Van Buyten.

Lúcio enjoyed his time at Bayern and even captained the team on several occasions when Oliver Kahn was out. It was the most successful period of his career as he won three Bundesliga titles and one German Cup with the team. Always hailed as an example of how modern day defenders should act, Lúcio was a leader on the field with Bayern and a motivator for his team mates at every match. His tactical awareness gave him the opportunity to join the attack far more often as other defenders do nowadays.

During his time at Bayern he was one of the highest rated defenders in the World. At the World Cup in Germany 2006 he broke a unusual record for a defender of playing 386 consecutive minutes without committing a foul. Brazil reached the quarter-final and lost to France 1-0. After the tournament Brazilian coach Dunga gave him the captains armband.

Top of his game

After five successful years at Bayern it was time for him to move on. Then Bayern head coach Luis Van Gal did not have Lúcio in his long term plans and the Brazilian decided to leave. After 144 matches for Bayern he departed for Italy and signed a three year contract with Serie A side Inter Milan. At Inter he would go on to win the Champions League and a Italian Championship all in his first season with the team.

In the same year he left Bayern (2009) he captained Brazil to the Confederations Cup crown by scoring in the final against the United States. He also played an important role at the World Cup 2010 where Brazil reached the quarter-finals and lost to eventualy finalists Holland. His last match for Brazil was in September of 2011.

After a brief stay at Juventus where he played only one match, he returned to his homeland of Brazil in December of 2012 and is currently a member of Palmeiras São Paulo.